For my 49th birthday I thought it would be fun to post a sexy photo of myself to remind anyone who might care, including myself, that I was still a sexy, vital woman who has left behind the 20s, the 30s and the 40s. Somehow you grow up thinking that these aren’t so precious — they they’ll always be in front of you, not permanently behind you. Women particularly begin to disappear the older they get. Why – because they are no longer fresh meat. It’s understandable from an evolutionary standpoint – young women, young ovaries, young eggs, better the chance for abundant offspring. There isn’t anything I don’t get about that. But try living in a narcissistic culture that demands we are “all here for a reason” and that we all get a fair share of attention, that we matter, etc. Or as Rust Cohle would say “I I I I I…” I personally don’t believe that “I” matters much. If you can’t fix things, make the world a better place, contribute greatly to the betterment of mankind there isn’t much point to you being here. You exist the same as every other living thing on this gorgeous rolling planet of ours.

But back to the slut-shaming. So I posted a photo that I thought was pretty. Yes, it’s in the style of the pin-up, which happens to be a favorite indulgence of mine. I have a pin-up type body so why not indulge in those fashions? I’ve taken many pictures and by those standards, the one I posted on Facebook was nowhere near as provocative. Once posted, many people “liked” it, many did not. A few men wrote me privately, thinking I was looking for sex. That’s to be expected. If I didn’t want them to think that I would not have posted the photo – meaning, I would never be insulted if any did think that. Their biology is working, that’s all that says.

My mother, on the other hand, had a fit. She called all of my siblings in a panic that I’d done something off the charts crazy – that I was about to ruin my image completely – that people would think me, a 49 year-old, a slut. REALLY?

She emailed me and offered to take photos of me that I could use instead. She said that this was way over the line and that I should be embarrassed of the photo. Well, okay fine. But embarrassed why exactly? Big breasts? Low cut dress? Flirty pose? Sexy look? It seems to me that a woman, ANY WOMAN, has a right to express herself sexually. Men have a right to respond to that sexuality, too, of course. It seems silly that women would think they could turn that light on and not expect people to look and notice. Our culture is especially keyed into this idea of the sexualized female. Our puritanism has heightened our response to sexual imagery probably more than in other comparable countries – but I have no way of knowing this.

I did end up feeling bad enough to take the picture down and suddenly I understood what “slut shaming” was all about. I posted the picture of my own free will. I didn’t mind men making comments (although I did remove one I thought was particularly vulgar) and I was prepared to own what kind of image it was. But I wasn’t prepared to have a war with my own mother over it. It wasn’t worth keeping the photo up to have that kind of icky feeling lingering. So I deleted it. But I’m posting it here on account of my rebellious/exhibitionist streak. 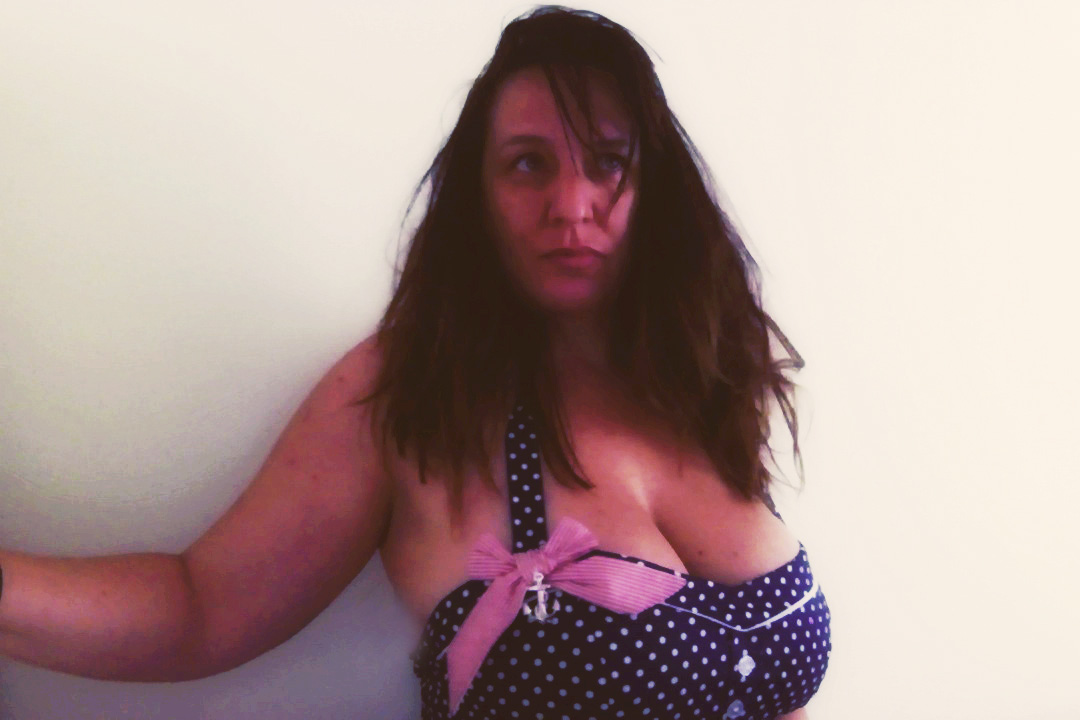