How Apple Finally Lost Me as a Customer 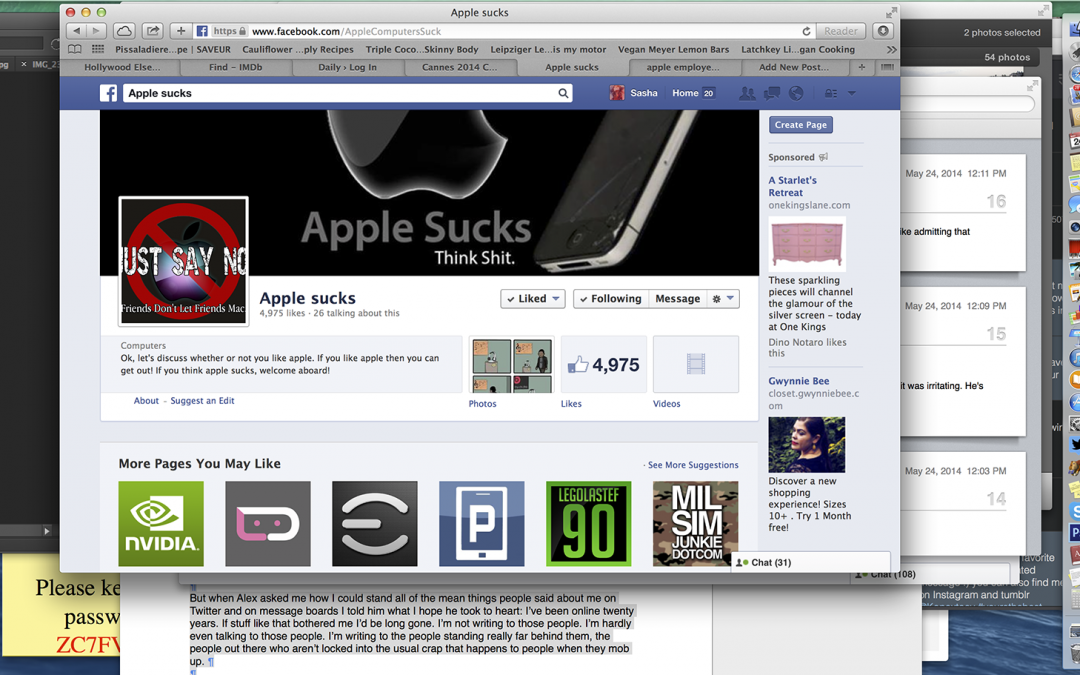 There is a new game in town over at Apple. I’ve been a customer of theirs since the 1980s. A loyal customer. I advised everyone I knew, in fact, to buy Apple. I bought or buy a new Macbook every other year or so. I have an iMac, two Macbook pros and one for my daughter. But they have lost me as a customer and I’ll tell you why.

1. They used to care more about customer service and loyalty.

When I went into the Apple store to complain about how Macbook Pro retina display had been damaged — while doing nothing more than sitting in my backpack in an overhead container on the airplane, not having been dropped nor kicked nor had water spilled on it, bought just three weeks ago – their comment to me was “this is accidental damage and we don’t cover it.” It would cost around $500 to repair it. This was THEIR fault, not mine. I’ll explain in the next part.

2. They used to build better products

The MacBooks I’ve had for years, under the Apple that Steve Jobs ran, were built a lot better. I’ve dropped mine before and they still worked fine. My daughter has dropped hers and she’s never seen the kind of screen damage this macbook has after simply sitting in my backpack in an overheard compartment on an airplane ride. This computer, a 13 inch macbook pro, is so cheaply made it might as well be a disposable computer, used for a couple of weeks and then discarded.

3. There are better products/companies on the market who DO believe in customer loyalty.

I am now going to investigate other computer companies to see what they have to offer, this after twenty years of loyal support to Apple. I am angry dissatisfied customer who should not have to pay for cheap products Apple does not accept responsibility for. Any other product if you bring it back for its flaws, as in, its cheaply made design, will be returnable. But this computer and this company has its customers by the balls.

I will recommend to anyone I meet from now on, anyone I talk to that Apple computers are not worth buying. They are cheaply made and their customer service sucks. How disappointed I am. I plan to bash Apple whenever I have the opportunity, something people I know have been doing for years.

This could not have been a more disappointing realization. I always believed in Apple but now I have to say I only believe in Apple under Steve Jobs.