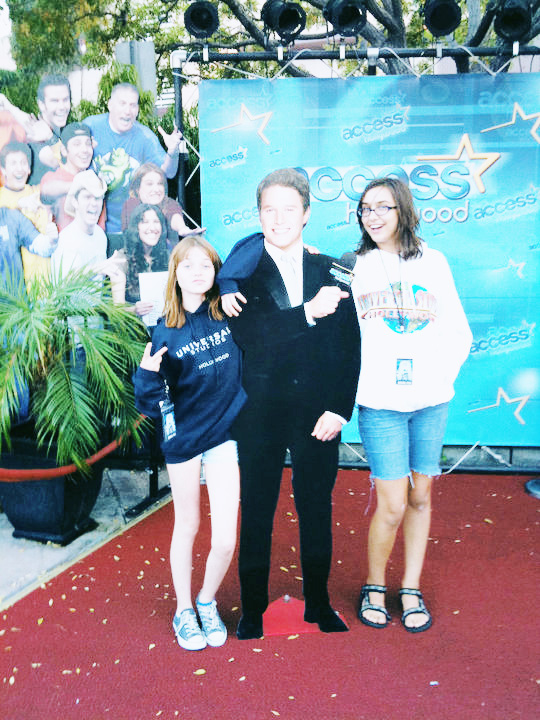 I grew up in California. I was a movie kid. That means, at some point during my young life I checked out of the normal world and folded into the cinematic one. Part of this was due to our moving around a lot — between fourth and sixth grade we moved to five different towns, five different schools, and five different ways of life.

My mother was young when she had babies, four before the age of 25. When she met who would become our only really consistent male role model she was ready to learn about the world, specifically, real estate. He taught her how to buy cheap, fix up and sell. She went from being a single mom on welfare, to a working mom who started as a waitress, then became a bartender and eventually making the bigger move to a real estate license.

That is her story and it’s a good one.

But our story, the kids, is a different story. Ours is the weird schools, the friends and ponies left behind, the tract houses in middle class neighborhoods in central California. Is it any wonder that movies were the more preferable alternative?

The movie world came to us through TV because there wasn’t any way to get movies – no DVDs, no VCRs, no cable. But the few networks available for free did play movies. Whatever was on we would watch and we did this every day. We weren’t the only ones. There are many of my generation who did the same thing and ended up in roughly the same place.

All of this to say that when we had to occasion to go to Universal Studios way back when it was a thrill to see the Jaws rides, where the tour bus actually sunk into the water. They also had an Airport movie simulation where you could go on an airplane and pretend to be in a plane crash and they pretended it was all a movie set.

I hadn’t been back since.

In the meantime, they built Citiwalk and added evolved into a respectable “theme park” with actual rides. When I was a kid, the Studio Tour was pretty much the main draw. Now, the draws are more like the Simpsons ride and the Jurassic Park ride. I really didn’t feel it necessary to go back there because, well, let’s just say I’m not into roller coasters.

But my daughter is 12 now. And she wants to do stuff like this because, well, why wouldn’t she? So off we went to Universal — Price Gouge — Studios. The price for one day wasn’t that far from the annual pass price, so we went ahead and go the annual pass. This means we’ll have to go back at least once.

I was feeling kind of shitty about this, as one does any time one spends money on anything. The lines were about an hour’s wait. And they weren’t all that fun. The kids seemed to like them okay but the waiting was the hardest part.

Then I forced them to take the Studio Tour. And let me tell you, my three readers, that is where it’s at.

The tour has changed a lot – there was the fire, which destroyed much of the Universal lot (the 8th in its history). Many of the older rides have been replaced by newer references to more current films. I guess Back to the Future isn’t hip anymore. The fire destroyed the old King Kong ride and they weren’t planning to rebuild it. But after Peter Jackson’s film, they did decide to remake the ride based on Skull Island and Jackson’s vision.

Let me tell you, this 3-D ride is awesome, to use a valley girl term. The only drawback, as far as I can tell, is that it requires 3-D glasses. That doesn’t seem like a good long term plan to me. But what do I know? I just wait for the future to unfold.

We had a blast, as it turns out, even if it did cost a pretty penny. A PRETTY PENNY.

Even if I did only have my iPhone. 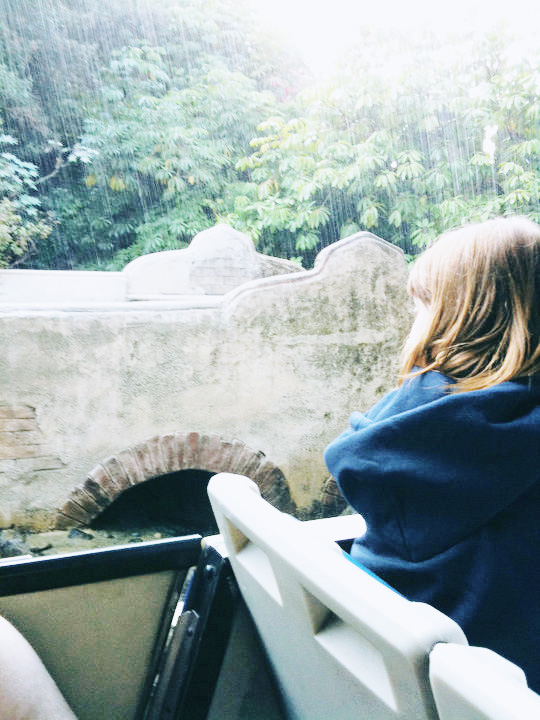 We got to see them make fake rain and a flood. 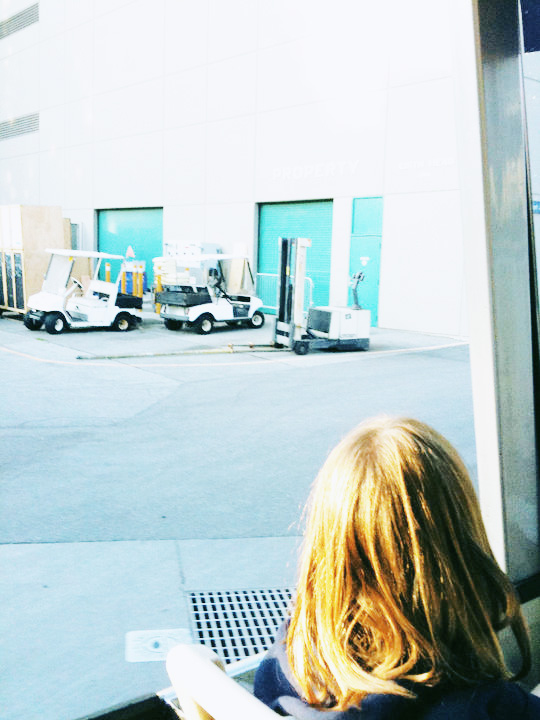 We saw lots of cool backlot buildings, including one with Edith Head’s name on it. 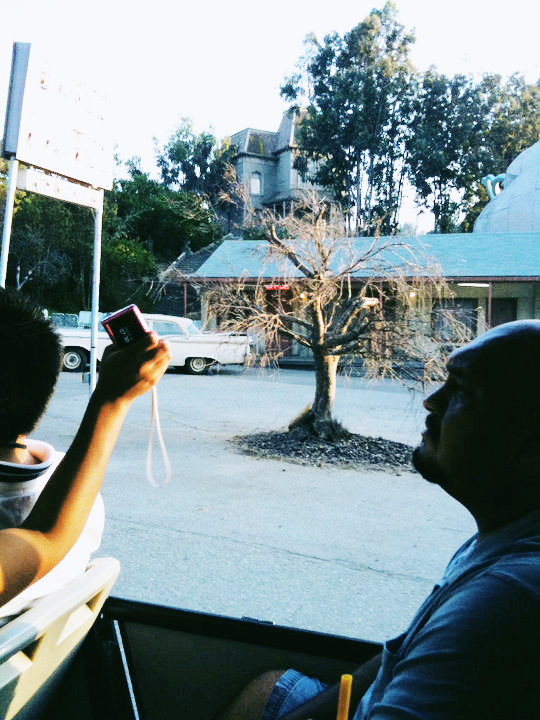 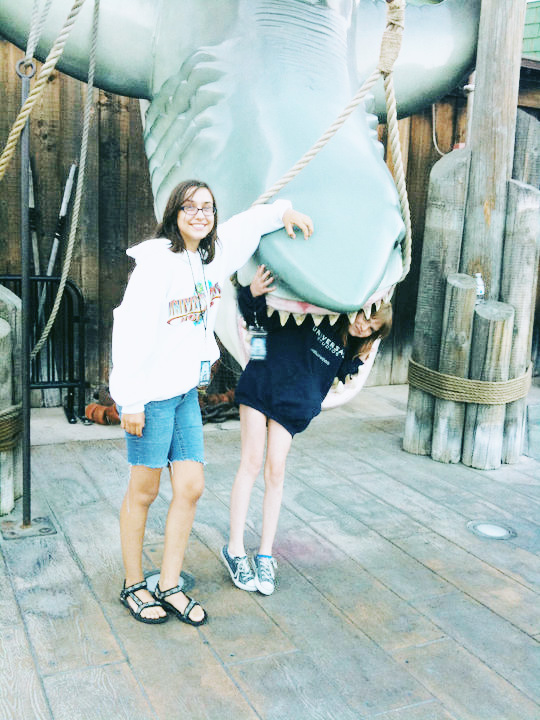 And then we saw a really big shark! In Amity you say YAAAAAAAD.