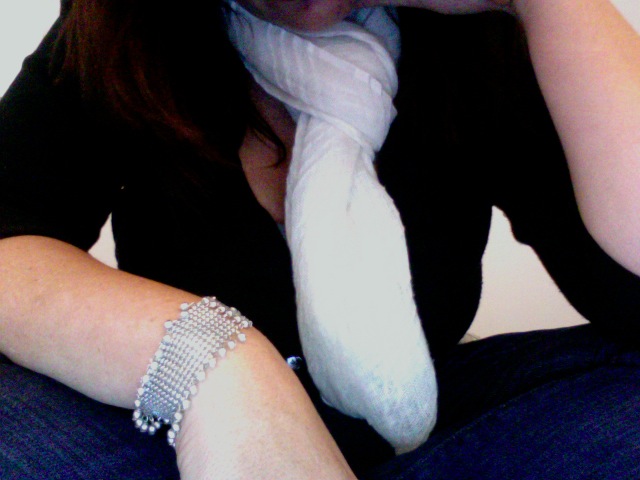 Sitting in Chicago O’Hare. It’s a giant airport. It’s like a BIG city. I swear it was about five miles to the terminal in which I now sit waiting for my connecting flight to Zurich on my way to the Cannes film fest. It occurs to me only now that I have absolutely no idea what I’m doing and no business pretending as though I do. But we forge ahead now that we have the room, the flights, the babysitter. But speaking of which, I really thought I was a brave person until I had to say goodbye to the kid. I really miss the kid.

And I know that I’m supposed to not miss her because I’m “working” and she “understands.” But I worry and I fret and I have the dreaded separation anxiety. I know that I need to drop that like a bad habit because cut-to – she’s 35 and won’t leave the nest.

Incidentally, I keep hearing the following things over and over:

The threat level is at orange. Do not leave any bags unattended or they will be collected by the Chicago Police Department.

I feel lucky I’m doing neither.