This is the most exciting news. All Rielle Hunter needs is a television camera and a microphone and all will be revealed. She is the most entertaining of the whole John Edwards clusterfuck and thank god she’s getting Oprah time.

Rielle Hunter, the former mistress of two-time Democratic presidential candidate, John Edwards, is scheduled to make a high-profile appearance on The Oprah Winfrey Show in May according to the National Enquirer, The Wall Street Journal’s Washington Wire blog reported Tuesday.

It is an exclusive interview and the first television appearance for Hunter, who is the mother of a two-year old daughter fathered by Edwards.

The Enquirer reports that the interview will take place in Hunter’s Charlotte, N.C., home, and that while Hunter mulled offers from both Barbara Walters and Diane Sawyer-Oprah won out in the end.

Good choice, Rielle – the BEST choice. Oprah will let you talk. And moreover, it can be all about the spiritual gobbledeegook — Oprah is one journalist who never gets into any trouble for saying things like, “it’s all about God.” 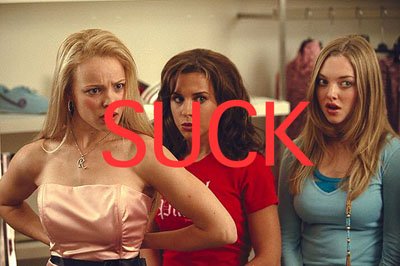 END_OF_DOCUMENT_TOKEN_TO_BE_REPLACED

People always write me and ask how to get a blog started. I’ve been giving people the same bits of advice over the years and since I’m kind of not into retyping it again and again, I thought putting it here would be the best way to refer people back to this without having to give them step-by-step instructions.

END_OF_DOCUMENT_TOKEN_TO_BE_REPLACED

I am going to blame the Stuff You Missed in History Class podcast for my recent obsession with Queen Elizabeth and her randy poppa, Henry XIII. I think I was kind of fascinated with Queen Liz anyway, but something took hold of my imagination reading up on King Hank. It was just so weird and corrupt and tragic, all around – how Henry couldn’t have a son, but might have had a son with Mary Boleyn (this has been disputed but is the subject of The Other Boleyn Girl). Anne Boleyn herself is fascinating because once Henry executed her by chopping off her head, if you can imagine, it set a dangerous pattern. Henry, despite it all, wasn’t all that different from a royal serial killer, when you think about it. Of course, it was buried in God and duty and all of that. It’s strange that no woman could give him the son he so desperately wanted, but stranger still that the one daughter he did manage to bring into the world turned out to be none other than Queen Elizabeth, arguably England’s greatest ruler in history.

It is also strange and fascinating that she never married nor gave birth. Not so strange given what happened to her mother Anne, but strange in many ways nonetheless.

Anyway, so I’ve been reading this book:

By the way, Stuff You Missed in History Class is addictive. If you start listening to it you might never stop!

Going off the Grid

For the 3 people who read this site, I am announcing that I will disappear for a week to visit a science camp or science school with my daughter’s 6th grade class. This will entail being a cabin leader, aka – stumbling around in the dark looking for the stashed bottle of gin. No, no. This will entail keeping giggling girls quiet and making sure no one gets too homesick and helping out with the occasional nightmare. I think I might have to plan activities and maybe even organize a nature skit. I’ll try not to make it into a Beckett extravaganza. No computer, cell phone, Twitter, Facebook, bloggggggging. Just pine needles, the remnants of snow, a parka here or there.

This part of it kind of says it all.

On the far left is The Dark Knight soundtrack. The thick, dirty thing with no spine is my grandmother’s old cookbook. 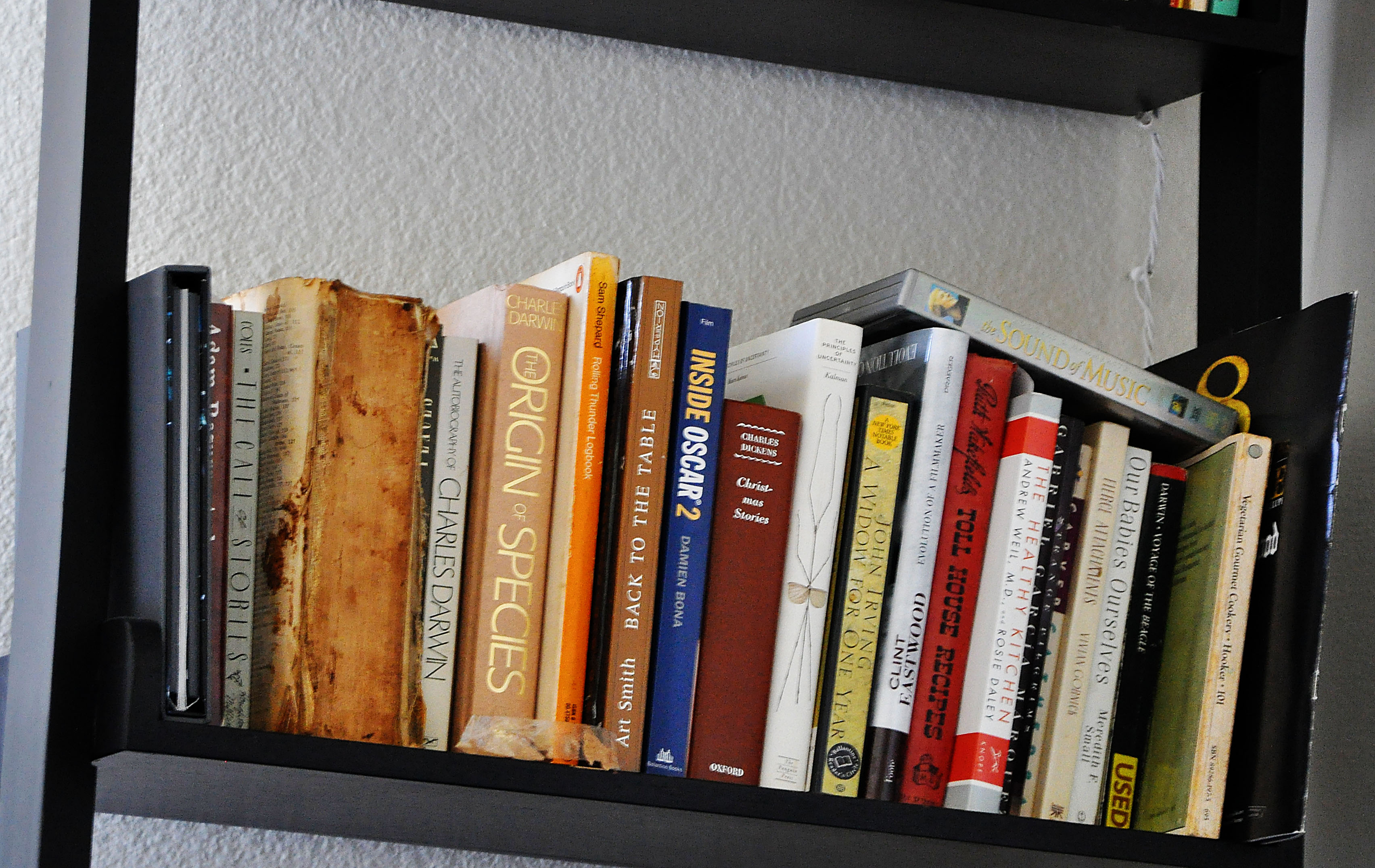