At least I think it’s great. Came in the mail today:

Hello Stone,
How are you and your family? I hope you are all fine. I am Barrister
Jean DANNY a solicitor at law. I am the personal attorney to Late Mr.
Raymond Stone, who used to work with Cotonou sea port Rebublic of Benin.
Here in after shall be referred to as my client. On the 21st of April
2003, my client and his wife were involved in a car accident. All
occupants of the vehicle unfortunately lost their lives.
Since then I have made several enquiries to their embassy to locate any
of my clients extended relatives this has also proved unsuccessful.
After these several unsuccessful attempts to locate any member of his
family hence I contacted you.

Oh, so it isn’t great news – it’s a tragedy. Where’s my checkbook?

Here is a photo gallery of various people and what they have for breakfast every day. Everyone always says breakfast is the most important meal of the day. In fact, it may be, but choking it down is one hell of a challenge when you’re trying to wake up. Emma likes to eat an egg in a hole in a piece of toast. I like to eat what i’m not supposed to eat. I really like a hard crusty roll with butter and honey on it. What I’m supposed to eat: whole grain cereal or bread. Blech. My breakfast, though, centers around coffee.

Yeah, it’s St. Pat’s. My friend Robert is Irish and he sent me this to celebrate (by the way, I’m not Irish) – it’s Van the Man!

Watching Movies with Emma, Part One

I have been taking my daughter Emma to the movies since she was a tiny baby. I was first employed by the Santa Monica Mirror as their film critic the same year Emma was born, or thereabouts, (I also started OW that year as well).

The way it worked was this. I would drive around in the car in order to time her nap perfectly to the film, for fear of disturbing other movie-goers with her talking or crying. Nowadays, if you go to a movie theater in the valley, you don’t have to worry so much about babies since everyone brings them in and no one cares if they make noise.

Most of the time, I would get to see the movie without incident, just a sleeping baby on my shoulder, or a nursing baby half asleep. The bottom line is that until she was an active toddler in preschool, she accompanied me for my job. She has grown up with movies, naturally. Even still, her movie-going experience has been limited to kid movies. If there is a kid movie opening, I will take her to see it, no matter how bad it is. Usually she likes even the bad ones, like The Last Mimsy. Lately, though, we’ve been watching other movies together. I have shown her the Duck Soup with the Marx Brothers. Titanic, which she has seen three times already. The Departed, The Godfather movies, Pride & Prejudice and a few others. She is at the age (8, almost 9) where she can manage a full length feature and get most of it. I still keep her away from horror movies because, frankly, it’s hard enough getting her to sleep in her own bed.

So last night we watched Mel Brooks’ Young Frankenstein and that was a winner. We’re still laughing about it this morning. Turns out, it was the perfect Emma movie. It was funny as hell and also contained just enough about a monster, Frankenstein, so that she sort of felt like she was dipping her foot in the horror genre, which all kids are drawn to.

There is no one to replace Mel Brooks, I realized last night. Ditto Gene Wilder. Ditto Madeline Kahn. The next movie we’ll watch together will be Blazing Saddles. I’ll have to wait on High Anxiety (my favorite Brooks movie) until I can introduce her to Hitchcock. The education is on.

Breed ’em and Weep has an interesting blog item up today about why people blog. Why do they blog? I have a theory. But first, here is her:

In the early years of blogging, some people referred to the phenomenon as escribitionism. I don’t know how accurate that is. That to me suggests that writing, as one ex- and very brief beau told me, is ultimately a vain activity. I just can’t subscribe to that. That it’s vain until it’s perfection. Until it’s high art. Until it’s Chekhov and Hemingway and Woolf. When it transforms into something else.

If you blog, well‚why do you? If you don’t, well what do you make of it?

And now, a momentary dip into my psyche. I think we blog because we are all over-educated. There, I said it. We are too smart and have too much time on our hands. We have invented and then “found” the internet because it satisfies both the ingrown narcisstic itch and the endless black hole of curiosity we humans have. We are, despite our best efforts to be a community, extremely isolated from one another. Western society, let’s say. That isolation brings on a jones for company. We are finding out communities, our soulmates, and doing our shopping all online. What will become of our regular lives?

This is as good a time as any to write about why I’m doing this personal blog. I already do this one but I have so much to blab about I need a broader arena. This site doesn’t know where it’s going yet. I plan to write about whatever strikes my fancy. If I’m lucky, it will strike your fancy.

The Weirdest Thing on the Menu

I have given myself a challenge when my daughter Emma and I go to Italy this summer to visit her father. I plan to order the weirdest thing on the menu every time. This, in keeping with the idea that we make our brains stronger by learning new tricks. This picture made me think that it might be good to pick the thing you have never tried: 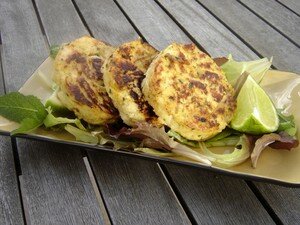