The God Gene and Richard Dawkins 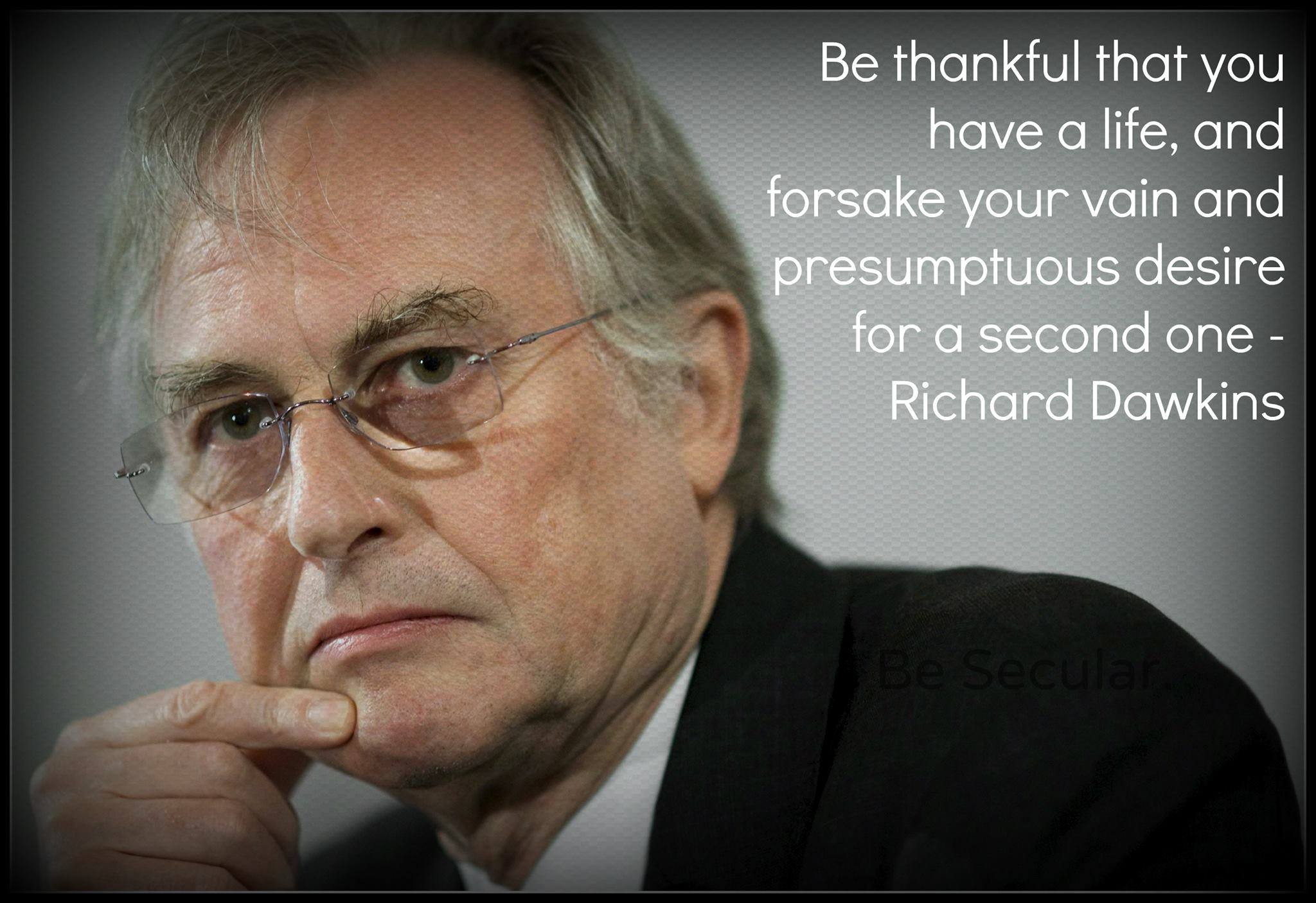 Super hottie Richard Dawkins has gotten himself in trouble again via some remarks he made about having been molested as a young boy and how it caused him no real harm. Now he’s being dragged about on the web as a molestation apologist. How silly is the internet. I suppose it’s human nature to get in stoning mode – not a lot has changed in our collective mob mentality when it comes to shunning a particular individual for something – but it seems an overreach to pounce on a certain remark made by a guy who says what he thinks regardless of whether it is sensitive or not. He was telling his story.

This morning I was having a chat about religion and church with one of my best friends, Michael, whom I’ve known for around 30 years. He’s gay and once belonged to a “pray the gay away” church which, of course, didn’t work because there isn’t a lot we can do about our sexuality. It is a bird continually trying to free itself from the cage. He was asking me about whether or not I believed in God. I have figured out by now that belief in God is a genetic thing. Richard Dawkins thought of it first with “The God Delusion” but in my family it’s really true. I take after my mother who is at heart an atheist. To believe she must force herself. Her thinking brain figures there’s no chance in hell we are ruled by a higher power. Both my sisters, on the other hand, took after our father who is more spiritually minded, more mystical and most likely believes in God. Even if you’re someone who came out of the 1960s in California and thus adhere to the “I believe in God but just not organized religion” that is still belief in a higher power.

My older brother probably questions belief and non-belief. But I suspect he would side more on the scientific side of things as I do and my mother does. Funny, that. I will always be amazed by how genes divide like that.

But back to Dawkins, it’s dangerous territory to get into that molestation subject. He was essentially saying that a grown man groped him when he was young and that it had no effect on him. This is the pedophile’s argument, of course, that they aren’t doing any real harm so why not? If you are scientifically minded you will eventually find your thoughts heading down treacherous waters such as these – for instance, you will notice that the Bonobos, a species of ape who more closely resemble we humans DNA-wise, do not discriminate age or sex – they express themselves through sexuality and it makes them one of the least violent in the animal kingdom. But. But. But.

It is my firm belief that humans — and chimps and gorillas — DO draw the line. I believe or would guess that pubic hair is a natural cue to that line. I would also argue that any adult with an attraction to children has grown up with a thwarted notion of sexuality. When you subvert human sexuality, especially male sexuality, it has to then spill out into all sorts of bizarre areas. You can keep trying, religious people. But the more you repress the worse it is going to get.

Dawkins wasn’t really thinking about the ongoing debate between pedophiles and those who fight them. But he’s put his foot in it all the same and this will trail him and his career probably forever. Had he known that he might not have said it. But, he is a man who thinks freely and thus, he tells a truth. And so it goes.