It Takes Two to Sext – Women Must Own Up 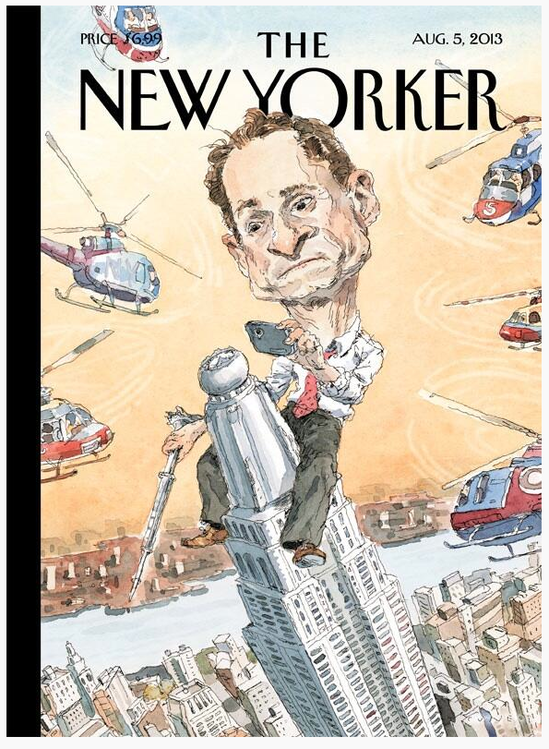 When it was announced that Anthony Weiner would run for office anyway, despite his being caught sexting and tweeting pictures of his apparently giant cock a few liberals, I included, applauded him.  Fuck it, why should what he does in his private sexual life have anything to do with his ability to govern?

The aptly named Mr. Weiner suffers from Big Cock Syndrome. I know this syndrome well as I have big breasts syndrome. Because mine are on the larger side I tend to show them off more than the average person might. They are prominently featured in selfies.

I feel flattered when men stare.  Weiner has a big one and wants to show it off. It turns him on to show women how big it is.  Hell, most of us are born with the one great trait. So I get that part of it. If he’s running for public office that kind of makes it our business? I get that part of it too.  That his recent spate of Carlos Danger mischegoss reveals him to be irresponsible beyond what he’s already admitted to; he promptly started a virtual affair with a young woman who contacted him via Facebook.

Again, for private citizens, this is their business.  But Weiner was fairly adamant that all of that had stopped — so when you give people your word and then break it that says something about your word, doesn’t it?  Even if he said it was behind him, he said something to that effect before the new affair started.

Either way, I don’t agree with NOW’s response, as follows:

Sonia Ossorio, president of NOW of New York City said Friday that Weiner has clearly demonstrated that he does not have the judgement or maturity to be mayor.

She added that the saga brings to mind Susan B. Anthony who spent decades crusading for women’s right to vote. “She fought for our vote,” Ossorio said, “and to think that a woman would squander their vote on someone like Anthony Weiner who doesn’t take public office seriously, who is unfit and who has made a mockery of elected office, and who has done it by disrespecting woman . . . I feel embarrassed for our culture.”

But here’s the thing – if this woman had an affair with Weiner and he promised her things like a panel, or a condo or whatever – doesn’t that say something about her too? Doesn’t that say she was willing to trade sexual favors for prominence? Sure, she’s not the one running for office – she won’t be asked for the public’s trust. But still. I understand it from a political perspective, not so much from a moral one.

Also I really don’t think it’s disrespectful of women. This wasn’t sexual harassment; this was a two-way sexting affair. That heat is generated and sustained by two people, not one. If he was sending nudge photos to women without being asked, that would be one thing, but anyone who’s ever been involved in one of those things knows that usually they are a shared experience between two people. In fact, I think it’s disrespectful NOT to take into account that it is the woman’s choice. We are powerful creatures capable of making up our own minds.