A few weeks ago, I went camping with two twelve year-old girls and my old friend Robert (who has no kids). It was a fun trip but had shades of those fight scenes in Close Encounters, you know, the ones that motivate Richard Dreyfuss to finally leave the planet Earth? Girls are strange at 12 and 13, as they leave their kid selves and start to transition into teenagers and from thence into adulthood. Well, the truth is, you can’t stop time. And if you could, where would stop it? Would you stop it when they’re about 4? When they just start to talk and read and are so devoted and dependent? 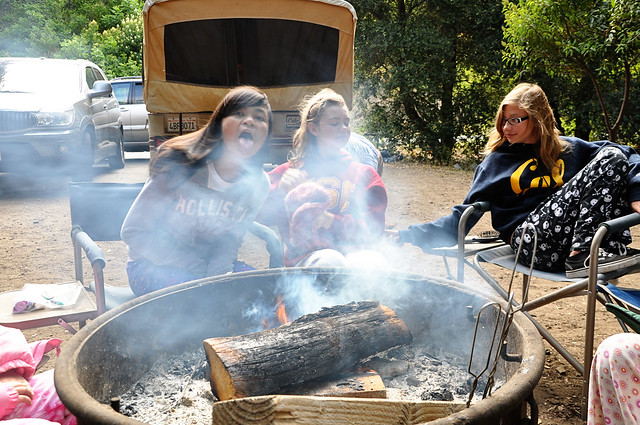 And if I could barely manage two of them in Yosemite, taking six of them to the beach a few weeks later was much more, how shall we say, challenging.

Being the charge of six adolescent girls is worrisome in ways you’d never accept. I never stop fretting about their Lolita-ness. I’m always on the watch for perverts, who seem to be everywhere. Actually, I shouldn’t say “perverts.” The girls are lovely and so it’s quite natural men would look, especially if they don’t look 12 or 13, but rather 17 or 18. It’s easy to get caught up with this primary fear and forget about the other dangers, like falling off of their bikes, stubbing their toes, or other kid-like potential disasters. But you know, we’re reactionary and we react. They are just at that extremely vulnerable age.

While my friend Robert has lectured me in his passive/aggressive way about kids and responsibility, I knew that I should “making them help” more than I did. But the energy it takes to have that conversation and then have the follow-through wrings what little fun there is left from the event in the first place. So that’s one reason. The other reason is that I’m on this continual loop of trying to give my daughter the childhood I never had. Don’t we all do that as parents and fail miserably in the process? I don’t want her to have to worry about cleaning up or cooking, but just to “have fun.” The problem is that I’ve turned her into a slob monster. She is such a slob monster I fear she will be ridiculed in college for it. Maybe even worse than ridiculed. Maybe no one will want to room with her. Or worse yet, she’ll hook up with some weird, controlling, abusive dude who will either clean up FOR HER (creepy) or shame her into cleaning up. Okay, so maybe I’m now going into that dark place I promised I wouldn’t go. 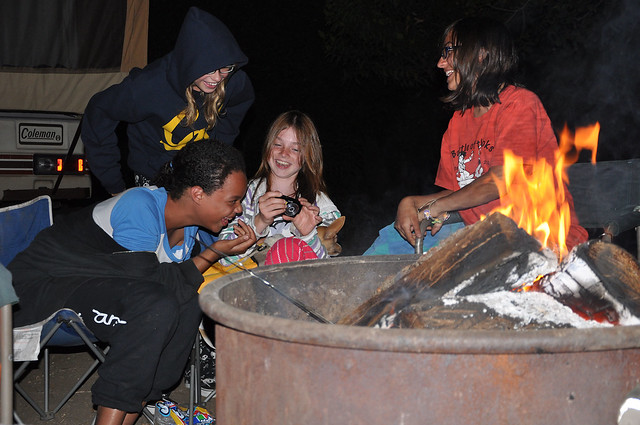 The bottom line is that has to be a happy medium between full blown slob monster and responsible, helpful kid. They should be responsible for:

It would be nice if they wanted to:
Help cook
Set the table
Start the fire
Collect firewood

But Robert was in control of the fire and the wood gathering — far be it from me to take away his major chore and then force him to talk to the girls. And I was in charge of the cooking. Since cooking itself is such an involved process I can’t imagine piling teaching on top of that. But I should have. I should have and I didn’t. So that was Yosemite. 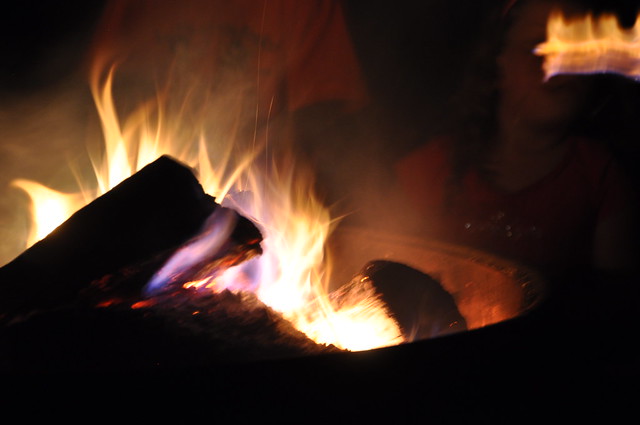 It’s even worse this time because my daughter is now getting the support of the Lazy Squad of other girls and so when I asked her “do you want to be my dishes buddy?” She shook her head no and refused. Now, I could have screamed at her to “COME AND BE MY DISHES BUDDY!” But then I would have been my mother and then camping would have been a bummer and then it would be my childhood all over again.

So I let her sit with Team Lazy while I did everything, the martyr that I am.

Their clothes — a mess.

Their tent — sort of a mess.

I’d wake up to little candy wrappers strewn about the campsite, half-drunk cans of soda sitting around, graham cracker crumbs smushed into the dirt. And I’d just silently pick it up and get ready for another day of fun.

You would probably say that I needed to whip those brats into shape. And you might be right. It wasn’t worth it to me. I’d already spent way too much money on both of these camping trips and by god, they would be remembered as the best times these lazy, good-for-nothing brats ever had! By god. By golly.

Camping at Leo Carillo is like slumming it at the trailer park mixed with twenty something surfer dudes who use the occasion to drink beer and party naked all night long. In short, it’s the perfect setting for a horror movie.

The ground is covered in dusty dirt, bees swarm your sweet drinks and every time you turn around an army of squirrels is waiting to steal your food. The squirrels will get anything you leave out, but at least they won’t maul you when you try to fend them off the way bears will. So, there’s that.

We had mostly cold — we’re talking 63 degrees in July in Malibu cold — weather throughout our stay except the last day the sun decided to pop out and wind almost stopped. It was actually hot. This meant it was even hotter, like the pits of hell hot in the rest of Los Angeles. But still, we had our one great day and the girls made the most of it.

And there was the dramas. The girls do love their dramatic moments, don’t they? So much drama. As girls grow up, things change. Their relationships change as they change. The pretty girl becomes irritating. Power shifts. What they might have enjoyed one year ago (biking around camp and sleeping in the camper) now seems boring and little-kid like. What some of them wanted to do more was hang out at the camp store and “people watch.” I take this to mean dipping their toe in what will drive their motivations for the next several years: “Am I attractive?” “How attractive am I?”

So now, my dream vacation for my niece and daughter and their friends will, from here on out, become known as the summers spent at the camp store waiting for cute boys to notice them. So there’s that?