I have two nieces. One of them has been wanting a little dog for years and years. Her mom and dad have three other very big dogs, like German Shepherd big. Finally, my niece wore her mom down and they zeroed in on this little rescue dog named Leaf. She is tiny but mighty. She runs faster than you’d imagine a little dog could. 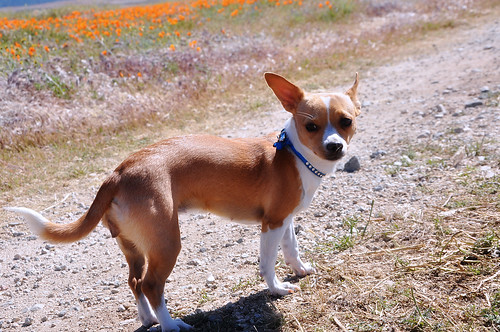 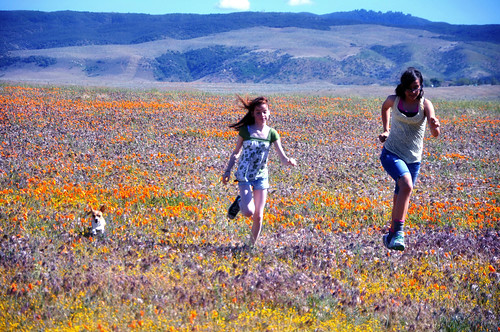 She doesn’t run – she charges, she leaps, she pounces. It is the funniest thing to see this little jackrabbit dog bounce over flowers and keep up with her owner, my niece. 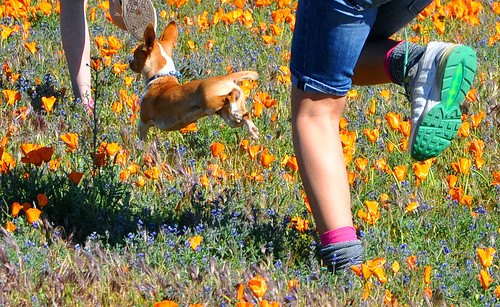 The photos look weird. My Nikon was broken. Something was woefully wrong. All of the photos were washed out and so I tried to “fix” them in Photoshop but alas, they still look pretty terrible. I will learn this photography thing if it kills me. 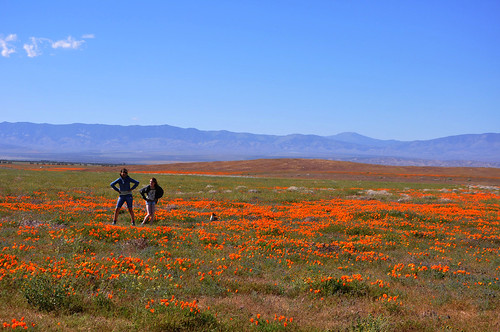 The Poppy Reserve is two things: a must-see, and a really windy visit. We’re talking WINDY. Drive a few miles in either direction and the wind stops. This was my brother-in-law’s thinking as to why the poppies are so prolific in this area – the gusts of wind that spread their seeds. They are so pretty — my lame photography could not capture their glory.

The drive getting there is kind of bizarre — never been through this part of the Antelope Valley before and I was reminded of a serial killer who once did his evil deeds there. Washed out, windy, pretty – kind of lonely seeming. I was wondering what it would be like if Lancaster was your closest “big town.” Being a city girl at heart, and all other organs, it is hard for me to imagine living here.

On the other hand, the poppies everywhere are almost reason enough. 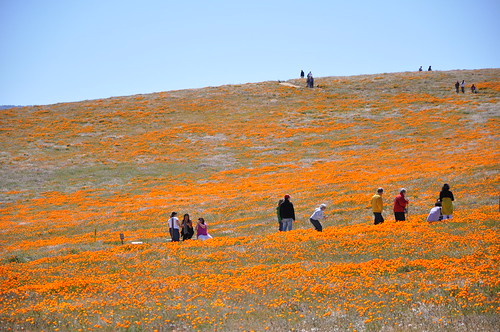