Heidi Montag: What is it, and Why is it Here

Oh god. There are many aspects to celebrity culture that freak my shit out but none more than Heidi Montag. The first thing I ever knew about her was that I couldn’t stand her. It’s not even worth my time to explain why because my goal was to make it through a day of interneting without reading any story about her, the self-made fake celebrity that she is. But — after she did this to herself:

It became my business. Why? Because can you believe we live in a world where women spend lots of money and go under the knife to look like this? What could be more horrifying? Well, okay, so lots of things: child abuse, school bullying, mass murder, rape, torture, sending soldiers off to die for an unjust and pointless war. Yes, lots and lots of tragedies emerge every second of every day. Heidi Montag is not a tragedy, particularly, but she is an example of the hideous excess of our culture. 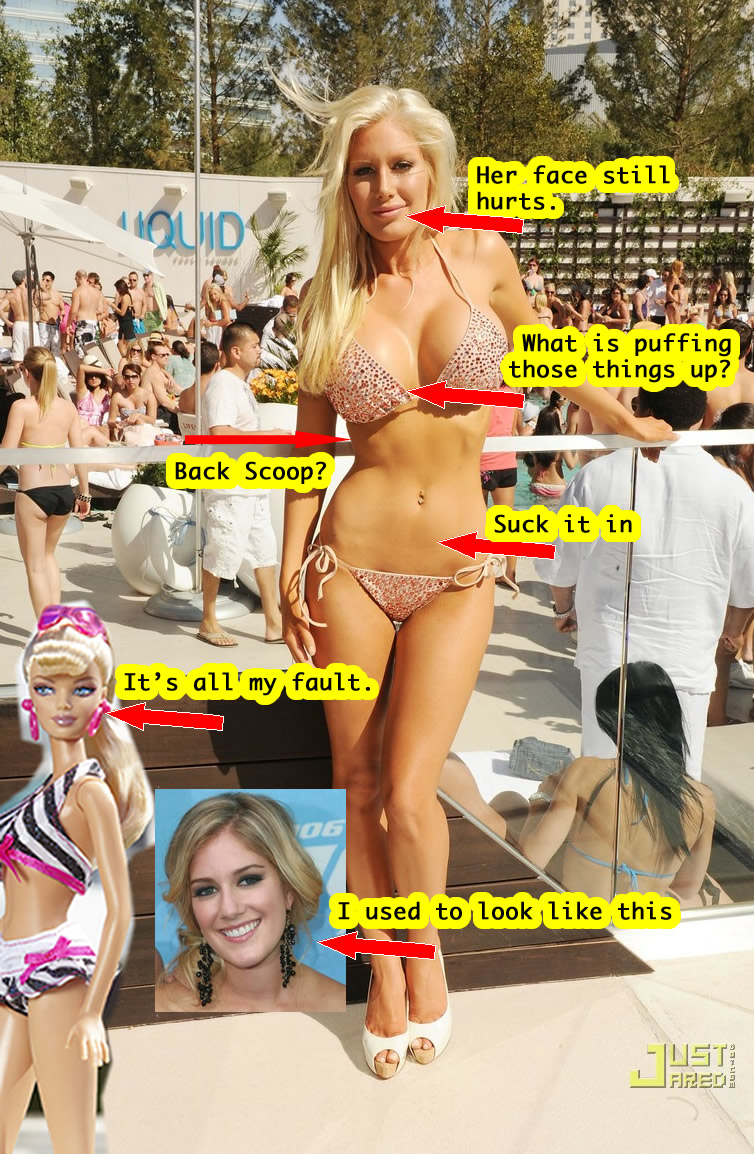 I mean, really? Nothing else to do with your life than have someone puff up your tits to look like balloon animals and then have someone carve out your face to give you a more genetically appealing look? Really? To what end, Heidi Montag? So that people will hire you to go stand in a bikini at their events? There isn’t a way this story could end happily.

Look, as you know from reading my stuff, you three people who do, I believe firmly that sex culture is a good thing, especially for men, but for women to. When you deny it, weird shit starts to happen. Ugly flowers bloom in unnatural gardens. But this. This. Is. Wrong. What Heidi Montag has done is sad. There is no other word for it.