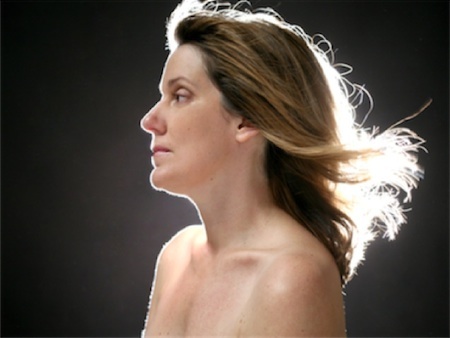 Pic above from a story in the Ojai Post about Rain

I’ve known Rain Perry since high school. We were in French class together! And in the drama club. We used to hang out in Upper Ojai, wandering the streets that threaded through the hills of the mostly redneck community. Rain wasn’t from there – had an educated and artsy father. Most of the folks who lived in Upper Ojai back then were either hippies or country folk, with an oddball or two here or there. But Rain was very different. She’d come from Colorado but you could really say she was also a city girl. Rain knew about things other people didn’t, which was what attracted people to her back then. It also made her a bit of an outsider among those folk. But she found her way – and remains, to this day, the most popular friend I have – meaning – she has more friends than anyone else I know. She is kind and thoughtful, bright and talented. Rain lost her mother when she was a small child. And she was raised by her father — who was a force of nature. He traveled all over California in search of some kind of fame — he had girlfriends that Rain became attached to, and then the girlfriends would go away. He was a great guy. I knew him well and believe me, he is not a guy you forget.

He died a while back — and before he died he threw himself a funeral.

I spent a lot of time with Rain and her father — I probably overstayed my welcome. I was kind of like a stray cat growing up. I sort of lived with other people, other families. Looking back on it now, as an adult with my own kid – those families were so kind to feed me and let me sleep at their houses. I was hardly ever home.

Anyway, Rain and I had many adventures together — to detail them now would be, well, embarrassing! But I will say that Rain once patiently tried to teach me how to sing. It didn’t work, but she tried. Rain has been a singer/songwriter ever since I’ve known her. She started out as a girl with a guitar at an alternative high school in Colorado. She kept singing and playing – and continues to sing and play.

But the reason I’m writing this is because, after many concerts, after marriage and kids, after a long life of kind of working steadily as a musician – one of Rain’s songs was chosen for the CW’s show Life Unexpected. It is a big deal when something like this happens. Rain is now going to have so many fans. It could not happen to a nicer girl or a more talented artist.