Driving with Emma – Talking about Extinction 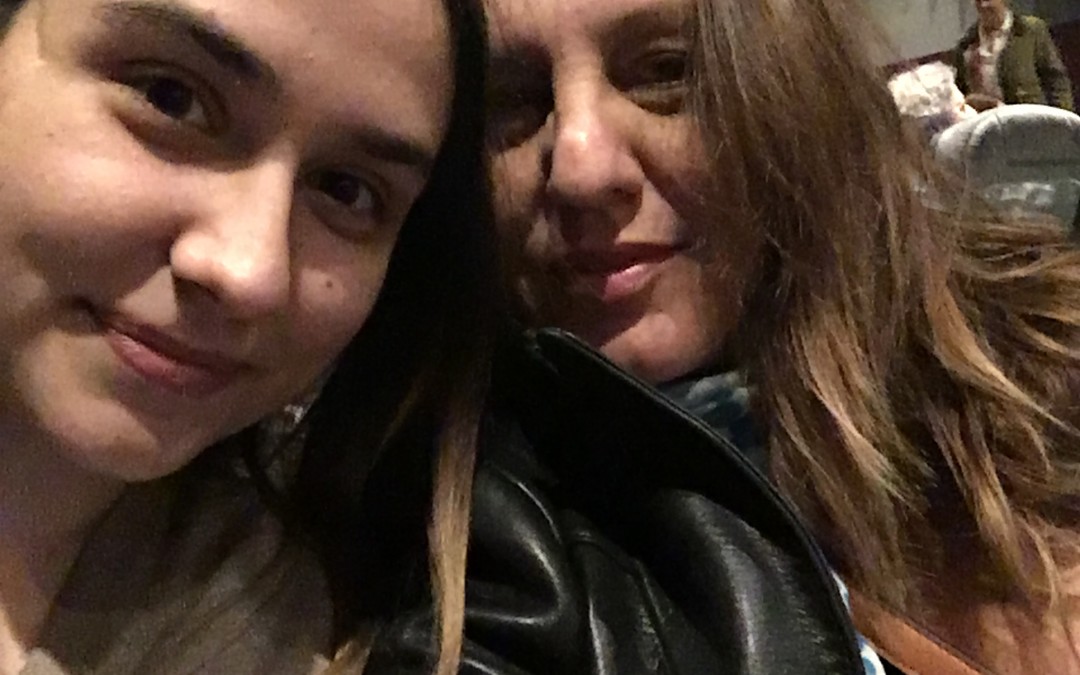 Since we moved I’ve had to drive Emma to school every morning and every afternoon, which takes about an hour. At first I was annoyed. Interstate five is overcrowded with cargo trucks rattling down the congested highway, beater cars cutting in front of you every quarter mile. This part of the valley is an armpit in many ways. It took me a while to figure out that my daughter was about to graduate high school and this might be the last time I have to spend any kind of quality time with her. We could have ridden silently the way we used to through most of her growing up. Me lost in NPR and she with her headphones on chatting on some godforsaken millennial social network. But we just started talking about things. Whatever was the subject for the day, whether it was the upcoming election, or global warming, or the upcoming mass extinction or even mundane things like what it’s like to drive a car, what’s like to live as an adult and what it’s like to fall in love.

My daughter, I’ve come to find, is a bright, compassionate young woman who is actually fun to talk to – she has a lot to say, as it turns out, and not the kind of stuff you listen to politely because you’re talking to someone who is way too young to get it. No, she’s really fun to talk to. She’s learned so much in high school – what we both agree is the ‘9th circle of hell.’ She’s just taken human evolution in one of her AP classes and now we have that to talk about too. She has my skeptical mind, as it turns out, and is not a magical thinker. This makes it much easier for me to chat with her since I don’t have to keep my skepticism – which is a real downer for most people – in check.

Since I’ve been writing a book (a novel, actually) that takes place 100 years in the future, I decided to do some research into what things might look like then. I guess what I thought I’d find out was that the sea level might rise, a few species would be wiped out – but would we still be here? Would we reach 11 billion on earth, that number that isn’t sustainable? Would our overpopulation then turn into some mass catastrophe that would wipe us out. Those things I kind of expected to find from scientists. I didn’t expect to learn so much about human beings – or rather, homosapiens, our past and our bleak looking future. See, we’re developing science faster than anyone could have predicted but we’re killing every other living thing. Those things we aren’t killing we’re torturing in factory farms. So what good will it be to live longer if we’re not going to be living better? What was even more surprising to find out is that we’ve always been this way. Even when we were supposedly peaceful natives we were wiping out land animals on our endless quest for more meat to eat. This has always been the homosapien way.

With each new book I read about evolution and the potential future of mankind the more alarmed I became. I could not understand why this isn’t a bigger deal among people. So many are living in their cloistered realm of happiness seeking because that is what we’re taught to do. But we’re not playing the long game. We’re not even close. We can’t even convince many people that our impact on the environment is accelerating the greenhouse gas effect that has played a part in mass extinctions in the past. Humans didn’t invent the greenhouse gas effect. We’re just making it go faster than it would otherwise and in so doing we have become the sixth extinction. All of the scientists say humans are adaptable and we’ll likely survive this mass extinction. But some say we won’t survive unless we (eventually) get off the planet we’ve rendered uninhabitable.

I guess finding all of this out from the scientific community – not from hokey Facebook memes – freaked me out more than a little. Worse, I started wondering what the point of any of it is. Why build anything, why make anything, why write anything, why endure? Well, because that is what we do. As terrible as savage as we are, as stupid and selfish and indulgent we are, there is always the chance that our highly developed brains will stop us before nature stops us. There is always that chance. While that chance is there we have to pretend that life really is worth living.

Our endless quest for meat that has wiped out 2/3 of the land mammals and is the cause of much abuse, pollution and harm is the very thing that will be our demise. If we all stopped eating meat or dropped our consumption considerably we could at least start to slow the warming. I don’t see any signs so far that people will. No, the answer is to assume we’re headed in the worst case scenario and to plan accordingly.

Don’t worry, I don’t tell my daughter my worst fears about life. We do talk about the good things she has coming. And those will be many. In 100 years I hope that someone, somewhere has helped turn it all around. Until then, it’s time to party like it’s 1999.