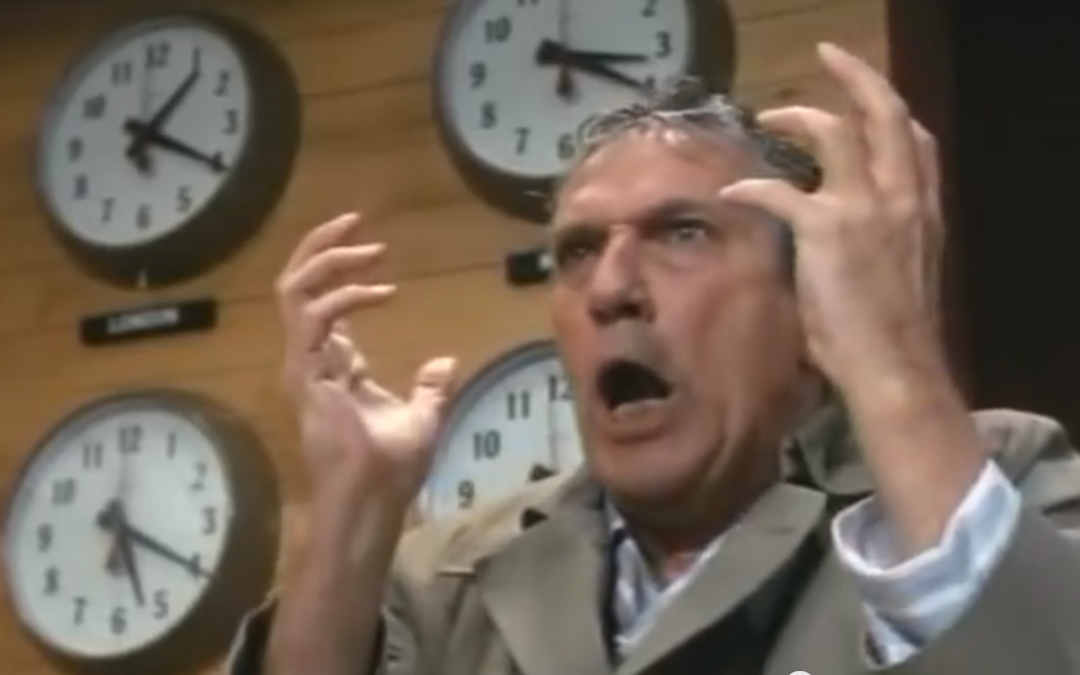 So, most of the country with their heads not firmly stuck up their own asses or locked onto their television screens worrying about who is going to win Dancing with the Stars, or spending their limited time on this planet fretting and steaming over the latest thing Gwyneth Paltrow said (really?) now knows that Obama put Tom Wheeler at the the head of the FCC. Who is Tom Wheeler you might ask? He’s a former lobbyist for the cable companies whose agenda has included, for a long time now and fully known to our dear President Obama, to rid the internet of Neutrality. You know, that thing that makes the internet one of the last avenues for free and open speech? You know, the internet where someone like me can build a business with nothing more than a modem (1200 baud baby), an internet service provider and a computer hookup. With those three things I could launch not just a business but an entire industry as I helped do in 1999 when the (insert positive or negative adjective here) Oscar Watching industry was born. I could go toe to toe with the giant corporate media congloms. Yeah, me. Single mother living in a guest house in Van Nuys with an infant on my hip starting my own business. Those days are shrinking fast, thanks to the corrupt 1% and their almost total domination of our democracy. Hoo haw.

If you don’t know about Net Neutrality, educate yourself – if nothing else to watch it disappear as the internet is overtaken by the kinds of media that already dominates the airwaves: corporate-owned, corporate-controlled information. Hell, most Americans are already hooked on the tit of consumer-driven media – you can’t go anywhere without seeing some kind of advertising blaring at you. We’re already at the point where there are hardly any reliable news programs on the airwaves. We’re past the point where even CBS News and Sixty Minutes was forced to bow to corporate pressure to cut a damning piece of information about the tobacco companies. We’re past that point. Remember Michael Mann’s The Insider?

But the internet has remained, thanks to Net Neutrality, still very much open and free. You are on an even playing field. You have to put Kim Kardashian’s ass or boobs in a headline to get traffic but even I could do it, yeah me, now still a single mother with a teenager living in an apartment in the valley with better computers than I had in 1999, a faster internet connection (cable modem, baby) but with the same resources, essentially, I had back then: my own desire to work hard and provide people with content.

Net Neutrality is about to go the way of the dinos and our Dear President Obama and Tom Wheeler were probably hoping no one would notice. Sure, democracy has now been compromised by our corrupt Supreme Court passing both Citizens United and McCutcheon. With the Koch brothers pouring billions into their definition of Libertarianism which, in this case means, he with the most money gets to decide what happens to our country, our whole world – we’ve all but given ourselves over to corporations. And corporations aren’t people. But hey, who cares right? Because that tit is still giving us lots of yummy milk – endless amounts of celebrities, endless amounts of faux controversies for us to worry about and post furiously on Facebook! If I get 100 likes does that mean I’ve accomplished something today?

Is it possible for our collective, and arguably powerful, might as citizens to stop the stripping of Net Neutrality? I’m going to take a wild guess and say: no. We’re too numbed out, too distracted and frankly too uneducated on the whole to know what it is to begin with and even if we know, to care.

Most will simply shrug and say, “Hey, I wouldn’t mind paying for a faster connection so that I can watch my videogame/livestreamingrealityshow/VOD.” The problem is that once you open that Trojan Horse you will never get back the freedom the internet once provided. You will put the power into the hands of the few, those who control the networks and information streams already. Internet service providers will be free to decide where traffic goes, which sites are faster or which sites are more slow.

This is ostensibly to be applied only to broadband — streaming media, cloud storage, etc. Basically, the whole internet.

We have to stop it. We have to unlock from the numbing tit of shit that doesn’t matter. We have to pull our heads out of our own asses and we have to stop debating about the rape scene in Game of Thrones or what thing Gwyneth Paltrow said now. We have to stop following Kim Kardashian on Instagram. We have to pay attention to what’s happening, ACTUALLY HAPPENING, in our world. We are still the people who supposedly control our government, our democracy. But we can’t do that if we are asleep at the [Tom]wheel[er].

I am angry and disappointed at our Dear President Obama, whom I voted for twice. I want the guy from 2007 back.

You can write to Tom Wheeler himself — or his bot that controls helping relieve anger. And if you do you will get this back, as I did:

Thank you very much for contacting us about the ongoing Open Internet proceeding. We’re hoping to hear from as many people as possible about this critical issue, and so I’m very glad that we can include your thoughts and opinions.

I’m a strong supporter of the Open Internet, and I will fight to keep the internet open. Thanks again for sharing your views with me.

Wheeler attended Ohio State University. Going on to work at the National Cable & Telecommunications Association from 1976 to 1984, Wheeler became president of the trade group in 1979. For a year until its closure, Wheeler was president of NABU Network, before spending a number of years creating or running several different technology startups. In 1992 he became the CEO of the Cellular Telecommunications & Internet Association, a post he held until 2004.From 2005 Wheeler was a technology entrepreneur and executive at Core Capital Partners.

In recognition of his work in promoting the wireless industry, Wheeler was inducted into the Wireless Hall of Fame in 2003, and in 2009, as a result of his work in promoting the growth and prosperity of the cable television industry and its stakeholders, was inducted into the Cable Television Hall of Fame. He is the only member of both halls of fame. Cablevision magazine named Wheeler one of the 20 most influential individuals in its history during cable’s 20th anniversary in 1995.

During Barack Obama’s presidential campaign Wheeler spent six weeks in Iowa aiding his campaign efforts and went on to raise over US$500,000 USD for both of Obama’s campaigns.

Further reading:
A Cable Merger Too Far: Why the Comcast/Timewarner Merger Should be Blocked [NY Times]