The California Hunger Strike No One is Talking About 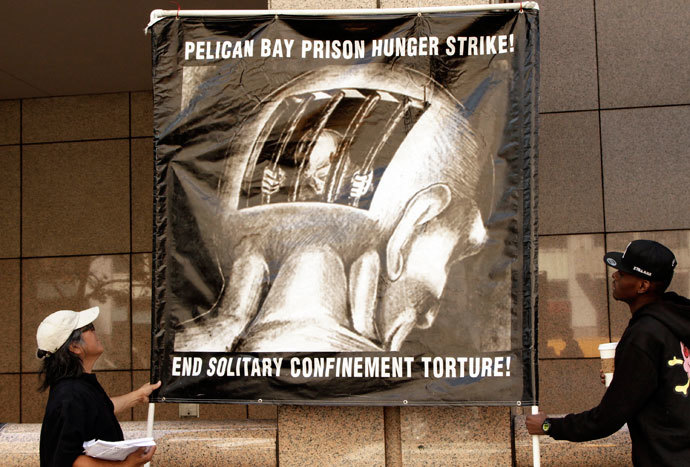 I guess because I listen to Dick Gordon’s The Story in podcast form I am well aware of the hunger strike to protest solitary confinement going on. When it began in early July there were 30,000 participants, now they are down to only 1,000. One person has died though it is not known whether he died of hunger or from suicide.

If you don’t know much about solitary confinement, you are encouraged to read this essay by William Blake (no, not that William Blake) about the years spent in solitary.

Why does this practice continue? From the sounds of things, it’s a power orgy for the prison guards who get off on exacting this kind of punishment. It would be easy to ignore what’s going on in the prison system – the victims of the prisoners didn’t have a choice to live or die, many of them, so what gives prisoners the right to a better life? I can think of a few people who belong in solitary, like Ariel Castro who kidnapped three women and held them as sex slaves. Why should he be tortured with the full extent of the law? It’s a good test to imagine whether you would consider humane treatment towards a piece of shit like that.