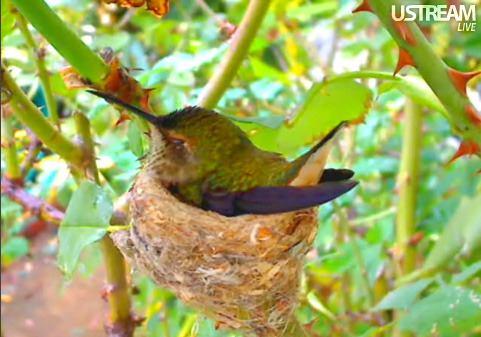 As an Anthro-apologist I am always protected from the crushing blows nature deals out. Cancer is just a way of balancing things out. Creatures that don’t survive today will give way to those whose genetic makeups favor this time and place – how bright and damaging the sun is, how much fat we retain on our bodies and why. People who aren’t damaged by all of the radiation we have floating around. And god knows what else.

But being an Anthro-apologist sometimes is no match for a moving story. Take, for instance, Phoebe the Hummingbird.

I have written about Phoebe before. I discovered when Craig’s List founder Craig Newmark sent out a tweet to his followers alerting them that a bird named Phoebe had just hatched two little eggs and that those eggs had hatched. Watching Phoebe sitting diligently day in and day out was something to behold. Buzzed, and she’d be off for a bit in order to feed. Hummers need to feed constantly because they move so fast and burn so many calories that they could die overnight if they weren’t given enough nourishment. But every time I clicked on the webcam, there she’d be. Sitting. Watching. Sitting.

Eventually she started feeding her little hatchlings. But then the rains came. And they took one of her hatchlings away. So then Phoebe had just the one. She kept sitting on it, hanging in there, waiting for the bird to develop properly. But she never did. Eventually, a hummingbird rescuer intervened and took the hummingbird baby away. But it didn’t survive. I vowed that Phoebe’s story may be perfectly natural in nature but I was not capable, as a feeling human, to deal with the trauma. And so I stopped watching little Phoebe. But then she had two more little eggs. And we were all excited for her. 3,000 or so people at a time would check in with Phoebe to see how things were going and they seemed to going well. She would sit and watch. Sit and wait. Buzz off for food and then return. It was such a peaceful sound, the Phoebe cam brought to my daily computer sit.

If it was raining, it would trickle gently in the background and every time I clicked back over, there Phoebe would be. Sitting. At some point, it looked like her eggs were hatching. One definitely had a little crack in it.

This was exciting news!

We all watched and waited for one of the babies to appear. But it never did. It wasn’t thriving, the chat room members were saying. Many of them were so involved in Phoebe’s little story that they were frantic about the egg that might not be viable. And then the unthinkable happened. 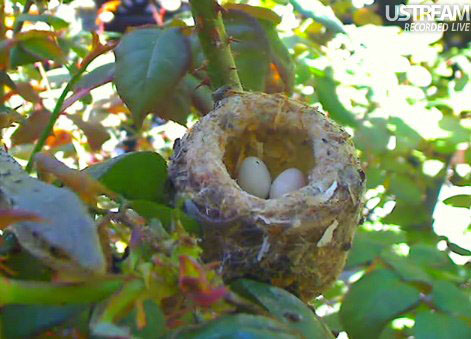 Phoebe’s nest was attacked by a hungry lizard. Phoebe, all streamlined with fear, her feathers flattened close to her body, was as alert as ever. She attacked the lizard and he dropped off the branch. A tiny moment in a tiny world.

But Phoebe flipped out – she took one of her eggs and removed it from the nest. 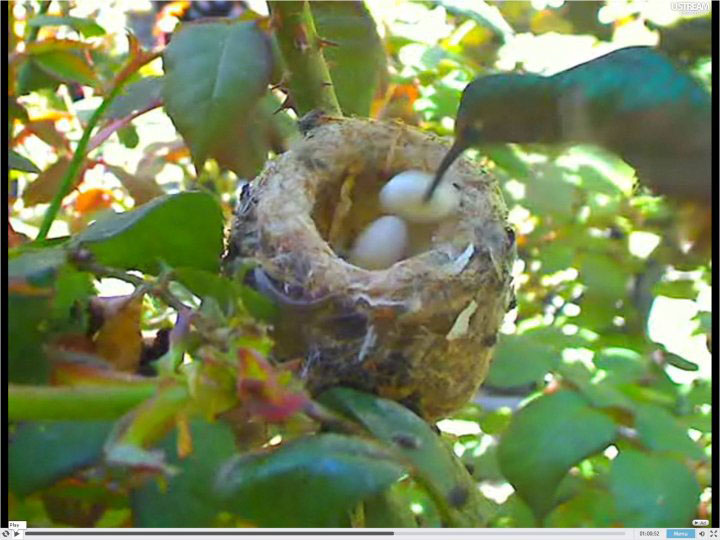 Did it smell badly because something was dead inside of it? Either way, desperate Phoebe kept returning to her one egg, always watchful of the lizard. Something in her manor had definitely changed.¬† She never sat completely down on that last egg. She couldn’t pull herself away but she couldn’t help bring it to life either. Eventually, she disappeared for about six hours.

When it looked like she might be back, the viewers and chat room members who hopeful. Phoebe would buzz back into view, perch on the edge of her tiny nest and watch for a predatory lizard. But she never sat back down on that egg. 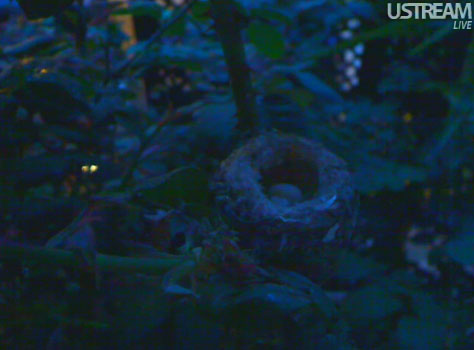 And now, the egg still sits there.¬† A non-viable egg. Phoebe will have one more chance to hatch some little birds before the mating window is closed for the year.

And we’ll all get caught up in it again waiting for the happy ending. We humans are not meant to dwell in the natural world – it is simply too unjust. And anyway, no one ever really considers that the poor lizard needs to eat and that he or she has developed its own skills to suss out eggs that Phoebe then protects.

Humanizing Phoebe is as sad and silly as dressing one’s dog up in church-going attire. And yet, watching her little drama it was impossible not to get caught up in it. I long for the day when I can accept nature as is and not try to make it work out so it hurts less.